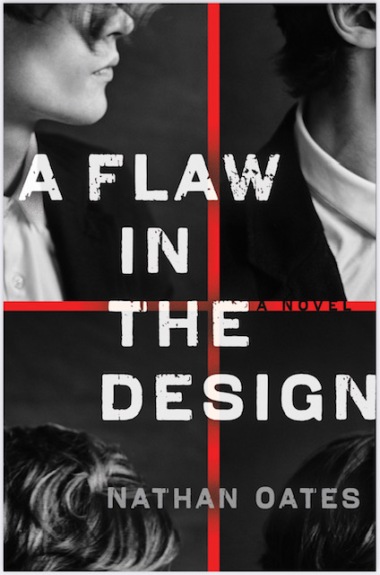 “A Flaw in the Design is a literary thriller of the highest order. Oates manages, with wisdom and insight, to explore the vulnerability of parenthood, the economic injustice of New York City, middle-age compromise, and the fallibility of storytelling, all while telling a heart-pounding tale that commanded my attention from the first sentence to the last.”—Julia May Jonas, author of Vladimir

“This suspenseful debut novel keeps the reader on tenterhooks in a fearful family drama. Oh, this demands a sequel!”—Christine Schutt, author of Pure Hollywood

“With increasing tension and growing paranoia, A Flaw in the Design explores the threat of ‘the other’ while moving toward an inexorable truth: Anyone obsessed with ‘the other’ is actually the most dangerous person of all. A gripping, twisty psychological thriller about the destructiveness of toxic masculinity hell-bent on protecting its own. I couldn’t put it down.”—Miranda Beverly-Whittemore, New York Times bestselling author of Bittersweetand Fierce Little Thing

“Get ready for a wild ride. Brutal and compelling, A Flaw in the Design is the story of a family driven toward destruction, as a father takes custody of the nephew he fears will wreck his life. This novel swerves and shocks before smashing into you, a T-bone collision you can hold in your hands.” — Julia Phillips, author of Disappearing Earth

“Menace and mendacity vie with the mundane in this skillfully told tale about ambition and grief and envy. A wealthy, smarmy nephew; an aging midlist writer charged with his care; two daughters; the long Vermont winter—what could go wrong? A Flaw in the Design is an impressive debut. Cue the sequel.”—Alice McDermott, author of The Ninth Hour

“Brilliantly constructed and psychologically astute, this novel had me turning pages late into the night and left me reeling in the aftermath of its stunning conclusion. Bravo!” — Antoine Wilson, author of Mouth to Mouth

“What happens when a (possibly murderous) sociopath takes a writing workshop? This is the premise of Nathan Oates’s delicious, inexorable, fast-paced tale of obsession–a thriller that will keep you reading till the end.” — Karan Mahajan, author of The Association of Small Bombs