I was interviewed by West Branch Wired for their Spring 2018 issue. I was asked about my short story collection, travel, and my newer work.

I have a story, “The Dead Writers Reading Series,” in the new issue of The Missouri Review. It’s a strange ghost story involving the ghost of Edmund Wilson. 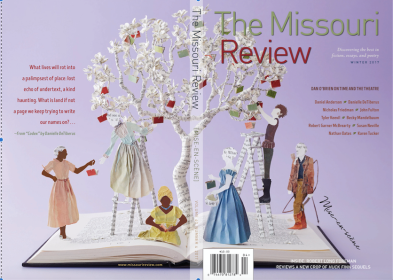 My second collection of stories, The Moon Below, was named a finalist for the 2017 Flannery O’Connor Award.

I have two new stories out now:

“The Key Park” appears in issue 91 of Crazyhorse (it is also available here: http://crazyhorse.cofc.edu/wp-content/uploads/2017/03/The-Key-Park.pdf)

“Mixed Income” is now out in issue 84 of West Branch

I will be attending the 2016 Sewanee Writers’ Conference as a Walter E Dakin Fellow this summer. The full schedule, including my reading, can be found here: http://sewaneewriters.org/events/calendar/?view=month&month=7&year=2016

I was interviewed by Dana Diehl of The Collagist about my story, “The Dead Forest”: http://thecollagist.com/collagist-blog/2015/6/29/the-so-common-inglorious-end-an-interview-with-nathan-oates.html

A nice review of my collection appeared in Heavy Feather Review:

On May 1st I’ll be giving a craft talk entitled, “Set Upon by Wolves: On Ending Short Stories,” and doing a fiction reading with Sylvia Wantanabe at the Lougheed Arts Festival in Postdam, New York.

My ghost story, “The Dead Forest,” appears in the April 2014 issue of The Collagist. Check it out here:

Next week I’ll be going to Spokane, Washington for the Get Lit! Festival. I’ll be participating in a panel discussion on Friday, 4/11:

Strangers in a Strange Land with David Abrams, Adrianne Harun, and Nathan Oates

Fiction allows us to see the world from another person’s perspective, through their experiences in strange landscapes, new cultures, or bizarre situations­—to follow them down the rabbit-hole, as it were. In David Abrams’ novel Fobbit, Staff Sergeant Chance Gooding Jr. finds himself in a combat zone for the first time, headquartered in a marble palace in Baghdad and sifting through reports of bombings, sniper kills, and dismemberments in order to draft patriotic press releases about the war. Adrianne Harun’s novel A Man Came Out of a Door in the Mountain centers on a group of young people in an isolated logging town, who must reckon with enigmatic strangers appearing just as Native girls are vanishing from their midst. In The Empty House by Nathan Oates, characters often travel to far-off places in an effort to escape themselves, seeking comfort in the foreign but finding themselves strangers in their own lives. These authors will discuss ways of exploring “strangeness” in fiction, and how they each use it as a tool for evoking larger truths. Moderated by fiction writer and NIC faculty member Jonathan Frey.

Most of us have a hunger for newness: An urge to see new places. A desire to walk on new ground. There’s something about being somewhere we’ve never been that makes us look at people a bit closer, and to look inward with a brand new intensity. It’s perhaps no stretch to assume that this is one of the reasons David Abrams spent 20 years as a journalist in the active-duty army. His newest book, Fobbit, comes from a journal he kept during a year-long tour in Baghdad during Operation Iraqi Freedom. The effect of this novel is somewhat surprising: It’s hilarious. Abrams lets us into the dirty little secrets of military subculture and the humor his protagonist must find in order to make it home. Nathan Oates’ characters also are on a quest for newness. They are constantly on the move, have a bad habit of trying to escape, and an even worse habit of finding a truer version of themselves before the end.  Oates’ short story collection, The Empty House, was the winner of the 2012 Spokane Prize. These authors show us characters outside of their elements, wading through new places and experiences, and new ways of looking inward.